A PLUS TREE Blog

April, what's the latest and greatest at A Plus?

Ever heard of a double-double whip tackle?? It's an advanced rigging technique that uses lots of rope, x-rings, port a wraps and a ton of calculations. Danny did his homework, evaluated all the factors that go into loads and compressions, modified the system, and prepared for success. He and Sal's crew executed beautifully.

A row of 145 ft Redwood trees, within 30 feet of 230 KiloVolt transmission lines with no crane access. Extreme precision was imperative, the wrong move could mean life or death. Danny found this to be the perfect opportunity to use this particular technique. A safe and efficient way to cut 12 ft pieces weighing up to 4,700 lbs, optimal for milling.

Then we posted it to our instagram and the tree world went crazy. It reached 34,173 accounts! And with 1.2k likes, it ranks as the most liked and most commented A PLUS post of all time.

From the men on the ropes to the operator in the log loader, it was such an impressive show of team work. Shout out to Sal Salvador Sr, Sal Salvador Jr, Jorge Pelayo, Mike Araujo, Manual Montoya and Daryl Evans! Incredible work all around!! 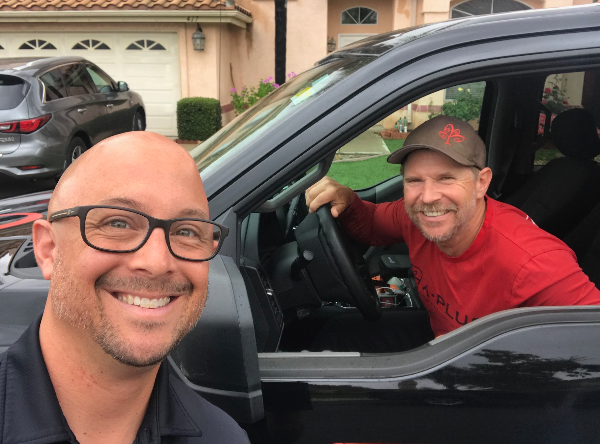 This month marks the 3 year anniversary of Adam Heard and Peter Green.

The dynamic duo who planted the A Plus roots and launched us into the San Diego Market in 2016.

Happy Birchday San Diego!! You’re always sunny to A Plus.

NEWS FROM THE CREWS

There is something every day to report on with our crews. They are a spectacle to watch! Here are those that stand out. 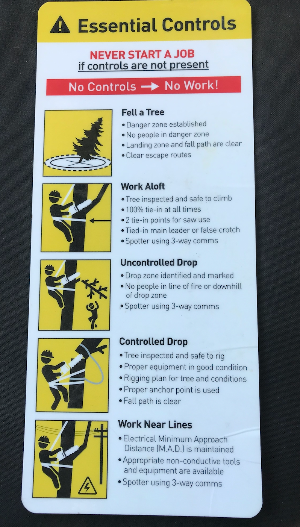 What happens when OSHA pops up on your job for a surprise inspection? If you're on Nick Carriger's crew, you pass it with flying colors!

OSHA inspections can be no joke, especially if you're not prepared. But when you LIVE prepared, then you ain't got no worries. Nick and his crew live the 6 DONES every day, they pay close attention to safety, and it shows.

In the spirit of safety, another one of the crew leaders, Jade Perez, took a moment to share the "Essential Controls" with the team.

Thank you for your leadership Nick and Jade! 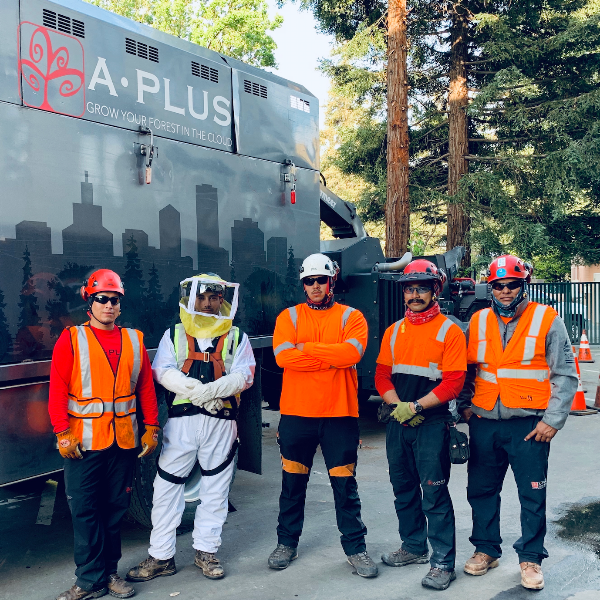 Cesar Hernandes and his crew discovered a bee hive while limbing out one of the Redwood trees under 230 KV power lines.

About 40 feet up, the bees had made a home in an old squirrels nest. Chris Mazzera, our most bee-experienced man, suited up, extracted the hive, placed it in a ventilated tote and passed it off to a local bee keeper.

A Plus luv da bees! 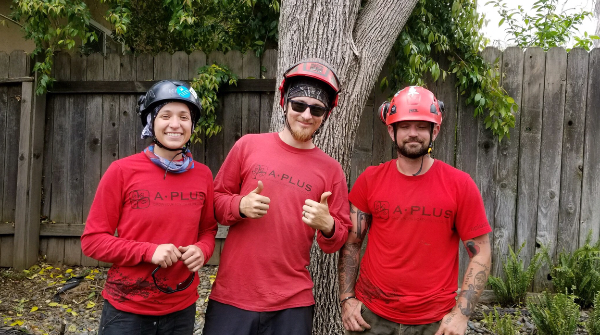 Matt Edwards, Jessy Lindsey and Andrew Zwolski made one happy homeowner, and made the UFM (Urban Forest Manager), Grace Kidd, proud. In the words of the client himself:

"I would like you to know what a fine job Matt, Jessy, and Andrew did at our home, working on the tree getting it back in good shape. They are people that interact with your clients at a great level….. I felt like we had made new friends. They worked well together, they worked hard, and very safe. They cleaned the yard before they left. They had the yard looking better than our landscapers do. I am so pleased that this was the crew that you sent to do the job at our home." 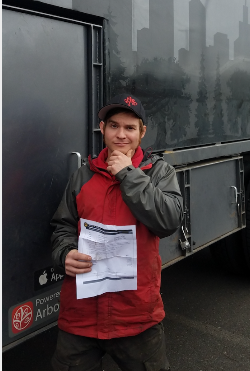 It wasn't until recently we discovered that EVERY pesticide applicator in Oregon needs to be licensed (unlike California where working under a licensed supervisor is ok). With PHC (Plane Health Care) treatments coming up on the schedule, we looked to Chris to expand his repertoire. He was all in.

With a week's notice to study and take his Pesticide Applicator Exam, Chris Kunz drove down from Washington for the 2 hour test. He ACED it in under 40 min with a 92%. BOOOM!!

Thank you Chris for taking the lead and for your contribution to the team!

A Plus Reppin' in Utah, San Jose and Santa Rosa on ARBOR DAY! 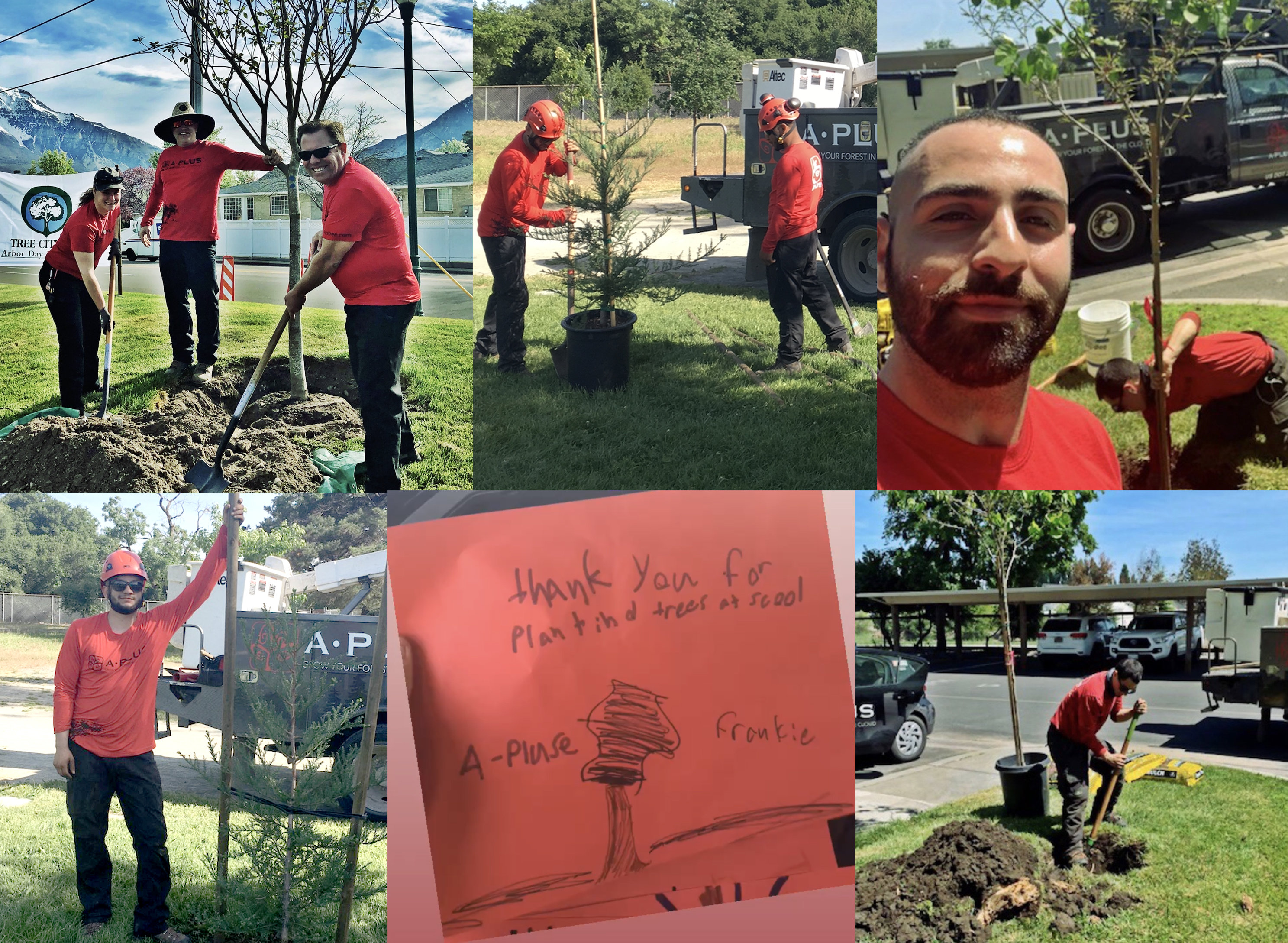 Thank you for representing our care of the Urban Forest by planting more trees!! (And that's a super sweet note from Rachelle's son Frankie...we planted at his elementary school).

There’s so much excitement around the Sales team. Rachelle Hepburn shifted her territory into the South Bay, and already SHUTTING IT DOWWWN. She also led sales this month and hit a new personal record!

Kate LeGros moved on up from UFS to UFM in the Peninsula.

Marriah Kessler transitioned from climber on crew to Urban Forest Specialist (UFS) for the South Bay. 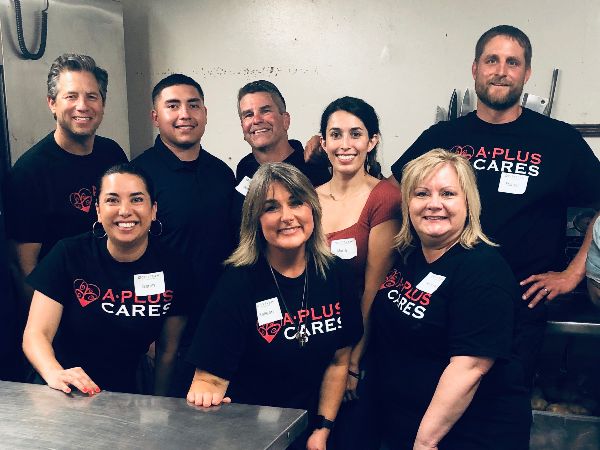 This month we cared for our communities by serving the homeless.

In Oakland we loaded up on food from Costco and cooked for 200 people! It will be our first time at the San Jose shelter tonight, so we'll update with pics later :)